Let us gift ourself a TREE 🌳

Thank you for taking time to stop by thebuswindow.com 🤗 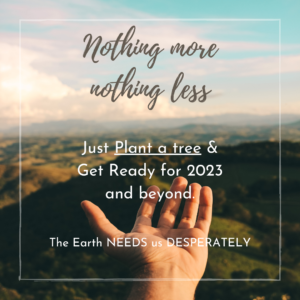 Global Warming and Climate Change is for real. We need to ACT now.

But times have changed drastically and for the worse! The words, promises have no value but neither life is any more precious. All that has turned to be paramount is wealth, fame and power. If there is anything that comes in the way of accumulating any of these – can be plainly sacrificed.

I am sure, it is not me alone who has been seeing this happening around for quite some time now. This scenario is out there for all of us to view day in and day out. A brother is a foe to brother (from the same mother), siblings are now competitors, parents are left in old age and kids in the golden cage, family feuds over piece of land (that no one is carrying along after death) remain unsolved in courts for years, corruption suffocates you in each social transaction. Interestingly, every damn thing is a transaction. The weight of these vices has become insurmountable leaving us in dark forever.

Sadly though, you and I have become a part of this system with so much ease and fluidity that it seldom occurs to us the dilapidation of our moral values and lessons learnt over the centuries and millennium.

In the century old saga of our great epic of all times – Ramayana, as it is called – we see a virulent fight between the good and the evil, the virtuous and the corrupt, humble and the arrogant, the values and the vices.

And every single time, the good has stood victorious. But will it be possible this time?

It is anecdotal to note that in Satyuga, the fight was between Devas and Asurs.

In Treta Yuga, the fight was between two different lands.

In Dwapara Yuga, the dominion of war receded to one family. (between the brothers)

In Kali Yuga, we see that the battle has confounded within our own selves.

The Yin and the Yang reside within me. The black and the white, the dark and the light, the virtues and the vices – they are all within my own mind, body and soul. We all are constantly battling this never ending war and it has become like a black hole, we are unable to escape.

A few days ago I was led into this thought that what if Ravana was born today, how would he look, what will be his character, what vices would be greater and difficult to find and kill in him so that the world could be a better and peaceful place to live.

I didn’t have to run far. I could easily spot a Ravana within me. I am so full of vices. Those vices make me weak and vulnerable but at the same time the cognisance of those vices makes me powerful. And this makes the entire situation trickier than anything else.

This Ravana clearly has vices that are difficult to deal with. The bigger challenge is they reside within me who pretends to be good and struggles for perfection and is wanting to create a self-fulfilling prophecy of righteousness.

I am the Ravana, I am the Ram. I am the perpetrator of all that is wrong and I am the culmination of that good that arouses from within me. There is an unprecedented weight of the vices within me that I am carrying over my chest and a bag full of pseudo-goodness that I am carrying over my shoulders. I am looking to free myself from this existence of duality. I wish to live free, flowing and light. Is that even a possibility in this Yuga or ever?

Will I be able to kill the Ravana inside me? Will we?

P.S. If you think there is anything else that constitutes Ravana of the 21st Century, drop your thoughts in comments. 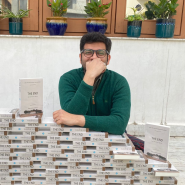 My Happy Neighbors, Once Again

Over a Cup of Dreams, we find (un)happiness!