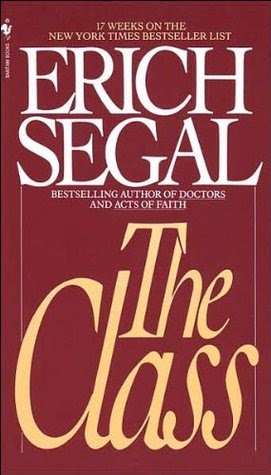 Karanvir Gupta, 7 years ago
532 pages…. I am not that a voracious reader and neither do I have the urge to read so much. I had crossed (probably) 200 pages and was about to decide to leave it in the middle when it (the story) started gripping me. And yes I read it till the end. I am not going to call it “WOW” or “amazing”. But yes it was powerful slowly and slowly taking into the lives of the 5 protagonists who happen to be Harvard graduates (The Class of 1958) and will happen to reunite at 25th Anniversary in the year 1983. In this period, things have changed, changed for worse (health deteriorated, met divorces, inflicted by irreparable losses, and some have died).
And what happens in the reunion is for you to read and find out. What fascinated me the most was the POWER OF CHARACTER, which is so unrelenting and intrinsic that whosoever you become, it follows you to the grave. And I guess that’s the reason why there is always so much of emphasis on character building.
Daniel Rossi a famous musician always surrounded by women and paparazzi but could never had enough of it. How over the period of time he finds solace in his only comrade, his wife is an outrageous reflection of how much tolerance level a woman can possess. Despite all the fallacies and betrayals, she accepts him at the time when he himself has rejected his body and self. But then he always wanted to move ahead in life. The Character of being at the top! 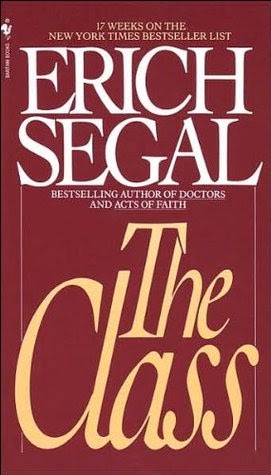 Jason Gilbert who for the major portion of his life escaped from the fact of being a Jew. But as Life has its own way of making people realise the reality, he takes on to fight for the Israel army when the terrorists’ attack kills his love. But then he was here on earth to live, went ahead with a successful marriage, gave the best to his kids and died as a martyr. The Character of Giving and Living!
Ted Lambros, no wonder every Harvard guy wanted to be at top and so did he. Yet his craving for the same was intense and his steps in life seemed to be well thought of (and quite ahead of times) except for when he fell for one of his students and that ruined his family life forever. Years after when he and his wife fight for the same position, The Professor of Classics at Harvard, she gives it up for him for she wanted to test herself and live life but he wanted to live success. (and that was his character). The character of having a foresight!
George Keller, the master mind behind some of the major White House decisions took time to realise that he was in love, did ultimately fall for unconditional love for his communist father (where he compromised on ethics and went out of his ways to help him out).His selfish means never got him to the much wanted ‘Secretary of State’ position and he died as a coward (committed suicide). The fact being his character never had him satisfied and he was not ready to accept the love from anyone. The Character of being in denial mode!
Andrew Eliot, from the T.S. Eliot family, who kept wandering if he was of any worth turned out to be the man behind the successful reunion of The Class ’58 and privy to the many secrets which he only knew about each one of them for he had longing for love and compassion. Ironically, he too didn’t have a successful marriage, his son abandoned him and the restrained relationship with daughter however improved with time and his earnest attempts to be with her and be her friend. The character of simplicity!
This book is a reflection on some very important aspects of life that we will never be satisfied lest we desire to. We shall always be aspiring for more sans thinking what are we losing in return the fact being success has to pay a price. It’s easy to be successful but it’s tough to be a good human being. I might not be able to put everything here but then yes 532 pages is worth a read. After all patience too is a virtue!
Drishtikone

I Shall be with you....forever....unquestioned!