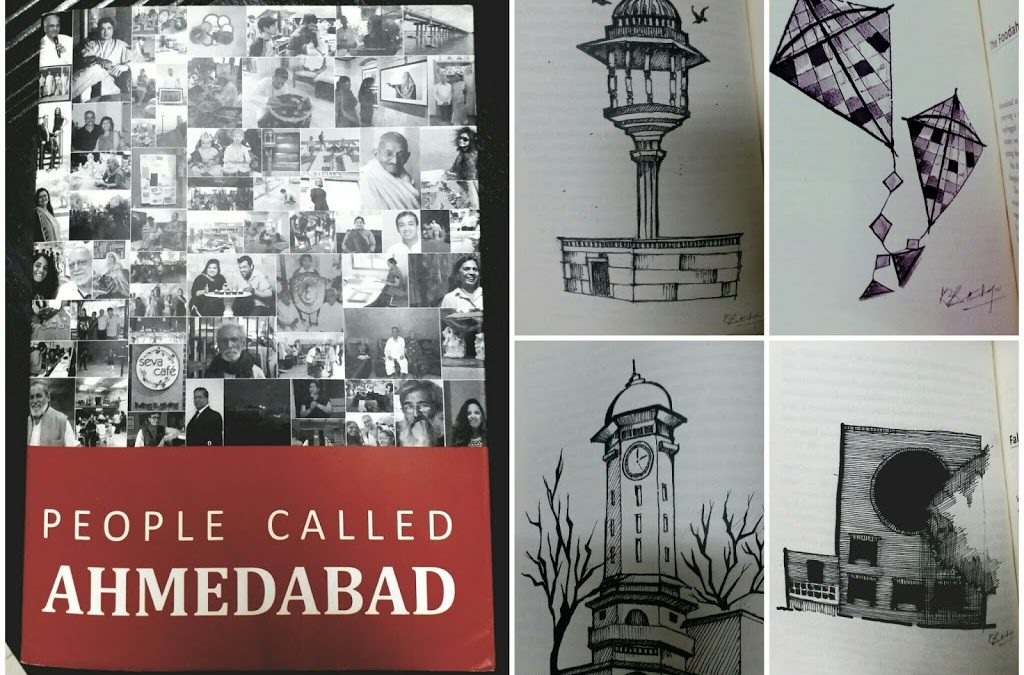 In the last 45 days, I read 3 books – all three of them on the same theme. Visiting places through the lens of people. People – who have been part of the place for years and generations; people who migrated a few years back and then decided to settle in those places; people who have been there for a temporary or short stint of time. It is interesting to know the varied perspectives on the same place.
I found an interesting aspect to all these stories – that irrespective of the people belonging to any category, they were/are there at particular point of time because of same reason. Or let us put it this way – that there is one common thing that brought all these different people to these places.
When I read People Called Ahmedabad, I realised that it is the enterprising nature of the person that brought him/her there or when these folks landed up in Ahmedabad the entrepreneurial spirit bit them. From the challenges in the past to the economic crisis families or sects met – they fought all of that via a solution that was enterprising in nature. It catapulted the spirit of energy and profit that trickled to others affected by the same reason.
When you will read People Called Mumbai, you will find that it is this penchant for accomplishing the incomplete dreams that brings people there to the Mayanagri. Howsoever, I found a very saddening correlation that not many of them were able to find their lost love (accomplish that dream) rather Mumbai made them cozy with what it was, what it is and what it had to offer them. And that started making these people happy in whatsoever meagre they were living or continue to live. The spirit of life gets them going.

I ended up reading 3rd one which is very close to my heart People Called Shillong. You know what is the point of commonality amongst these folks – the transcendental love for their roots. People love rather admire what makes them Shillongites. So wherever they went, what ever made them what they are – they all came back contributing to what they call their home – Shillong. If I aptly put that is what they call ‘Shillong Lajong’ meaning Shillong, our own! The spirit of belonging makes them what they are.

After reading all these nearly 150 stories, I couldn’t make it clear in my head that if it is these people which make the places or it is the places that make the people. And either ways, how does it get influenced. What becomes the winning combination?
A place is made of 1000 of years of history, the baggage of past, cultural milieu which is captured in the language people speak, clothes they wear, activities or interests they pursue and art forms that are practiced or preached.
People – they are made of interactions they have, the way they spent time, again interests they pursue, clothes they wear, language they speak, etc. many of which is influenced by the history of the place.
Yes, you read it right – I wrote same thing from 2 different perspectives and neither sounded wrong. Lets read again. So while a place has an historical identity of its own, it is the people who revive or introduce new customs/practices in a place. And then we realise that eventually the boundary between people and places merge or gets blurred.
So I thought of running a poll in order to take inputs from friends across different geographies of the world. Most of them infact whopping 83% felt that it is the people that make places what they are. That is primarily because we as a social animal form our impression of places by the people we interact with. Howsoever, we forget that it is the places that have had huge impact on making these people the way they are!
So for me – places have a deep influence in carving out the personality of the people, while it is the people who reflect what places stand for. No wonder when you talk about Mumbai or Ahmedabad – places seem significant but when you read Shillong – people steal the show!
if you may call so, “Places are the bodies in which people, the souls, reside!”

To one who believed 'life is a celebration'

The lanes that don't call us back!